View source
watch 01:36
We're Getting Mutants in the MCU - The Loop
Do you like this video?
Play Sound

Humboldt Penguin (フンボルトペンギン, Hunboruto Pengin) or known as Hululu (フルル) is a Friend and a member of the idol unit PIP in the Kemono Friends' game and manga, or a member of the third generation idol unit PPP that appeared in the anime. 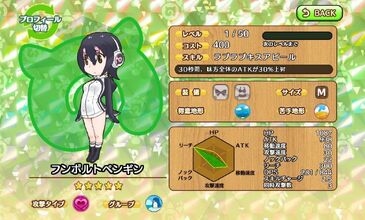 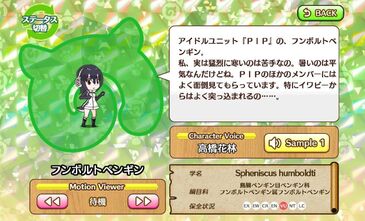 "Humboldt Penguin from idol unit PIP. I'm actually really afraid of frozen weather, but hot weather is fine to me. Hululu is well taken care of by the other members of PPP. Am I not reliable though? Rocker is pushing me around a bit ...I have to become a proper partner soon." 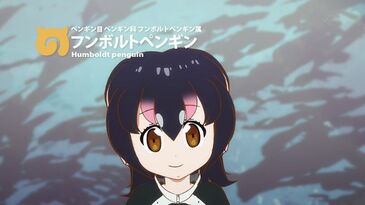 As the rest of PPP's third generation, Hululu was scouted by Princess and began practicing with everyone. Her laid back attitude and drifting focus made her fall behind in choreography a lot, which was an initial worry. When she was introducing herself alongside the other members, she didn't think to mention what kind of penguin she was until one of the other members whispered it to her.

She has the tendency to space off into her own little world during conversation and has a noticeably more laid back and slower pace than the rest of her unit. Even her speech pattern can slow down a bit from time to time. When asked which penguin Friend would be tastiest to eat, Emperor said Hululu was an obvious answer.

After meeting Margay, she was reassured that her laid back nature was just part of her charm and that she was a worthy successor to the previous Humboldt Penguin of the idol unit. When Princess got depressed before their debut concert, Hululu was the only one not fully up to speed as to why as she had stopped listening partway through the conversation.

Despite her airhead persona, she debuted at the waterfront concert together with her unit to a great success. While talking to Kaban and Serval after the concert, she revealed that she didn't actually know Japari Park was on an island surrounded by an ocean, despite being a penguin. 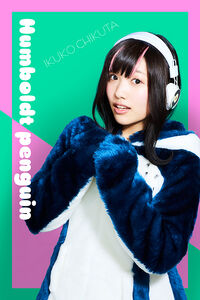 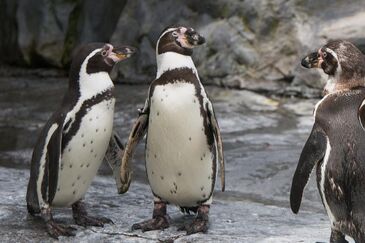 The Humboldt Penguin differs from other species of penguin as it lives in warm regions. Its native habitat is in South America. It's a fairly cautious species that have been noted to be somewhat cowardly.

They are also popular in many Japanese Zoos which the climate is much similar with their habitat area in Japan.