View source
watch 01:36
We're Getting Mutants in the MCU - The Loop
Do you like this video?
Play Sound

Least Concern (LC)
Northern White-faced Owl (アフリカオオコノハズク, Afurika Ookonohazuku) is a Friend in Japari Park. Commonly referred to as the Professor or Prof. Karen (コノハ博士, Konoha Hakase), she runs Japari Library and serves as the chief authority among the park's Friends together with Eurasian Eagle Owl.

Though old and wise, she's got little patience and can be fairly self-serving in her actions. But if there's a threat to the Friends on the island she'll do anything in her power to stop it. 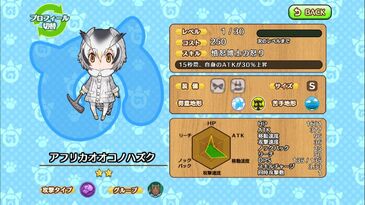 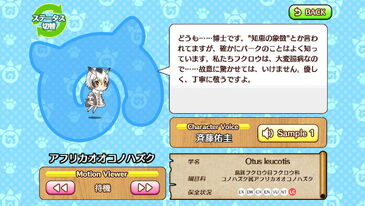 "Good day... My Ph.D.? They call it's a "symbol of wisdom" and they're right. You can ask me anything about the park. Us owls are quite timid ...so do not surprise on purpose. If you're not gentle and politely show us respect we will have a problem. Ah, this Eurasian Eagle Owl is Minny-chan, my amazing assistant." 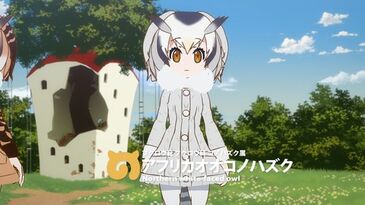 The professor and her assistant have helped the Friends with a lot of things since humans left the island. Though the wisest Friend of them all, she wanted to learn about human cooking which she had read about in the books at the library.

So she set up a test together with the assistant where they would lead Friends through a quiz maze that required the ability to read and have good knowledge to pass, hoping that someone would get through it and be able to show them the art of cooking.

Eventually, the human Kaban reached the end of the maze together with Serval. They wanted to ask the professor what species of Friends Bag was but the professor refused to answer until Kaban had cooked for them.

The professor gave Kaban access to the books in the library and soon enough she had cooked up rice and curry for both the professor and her assistant. It was spicy but they liked it so much they answered her question.

As an additional reward, the professor also gave Kaban and Serval special tickets to the PPP debut concert that they had received after helping the group build a stage at the waterfront area.

A few days later Common Raccoon and Fennec came by to ask the professor permission to visit the sacred mountain, though she initially refused them the right she changed her mind after further consideration.

After Kaban was under attack by the Colossal Cerulean, the professor transmitted a help singal through a nearby Lackey Beast unit. Together with her assistant, they assembled all the Friends they could and came to help fight the Colossal Cerulean and save Bag and the other Friends of the island.

Upon defeating the Colossal Cerulean, the professor and her assistant helped lay out plans to rebuild the broken Japari Bus into a boat that Kaban could use to visit other islands and learn more about humans. 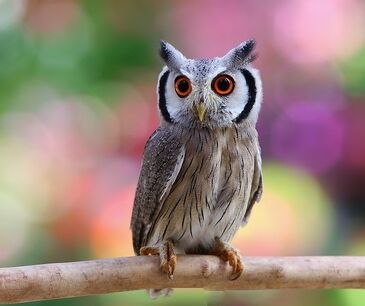 The feathers on a Northern White-faced Owl make up a tree surface pattern on its wings to be able to easily hide in the trees as tree branches when startled. It has the ability to do so thanks to its body being able to thin out their own body.